Skip to content
HomeSolFedUpcoming changes in the Job Retention Scheme

The Government has announced changes to the Job Retentio 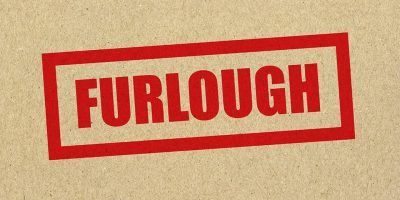 n Scheme from June 1st. Below are all the details about the changes released by the government so far.

June
There will be no changes to the Job retention scheme in June. If you are currently furloughed you should continue to receive 80% of your wages up to a cap of £2,500.

The scheme will close to new entrants on 30 June. That means that your employer can still put you on furlough instead of making you redundant until the 30th of June.

July
In July, your employer can start bringing furloughed staff back part-time and employers will pay their wages for hours worked.

However, the Job Retention Scheme is voluntary and you can request that you be made redundant instead if you prefer. This would mean getting paid your notice period on full pay and that you could be entitled to redundancy pay if you are classed as an employee and have worked for the company for two years.

Undoubtedly some employers will refuse to pay the increased cost of national insurance and pensions contributions and you could face being made redundant. However, the changes in August will not apply to many furloughed workers. According to the government figures, some 40% of employers have not made a claim for employer national insurance or pension contributions. This in effect means that up to 40% of workers currently furloughed may not be affected by the change.

If you are in low paid work the changes should also not affect you. This is because your employer does not have to pay national insurance or pension contributions for low paid workers. The government estimates that around 25% of workers on furlough are below the thresholds at which employers have to start paying national insurance or pension contributions.

On top of which, many smaller employers have some or all of their employer national insurance cost covered by the Employment Allowance. Therefore, if you work for a small employer there is a possibility that you will also not be affected by the changes.

September
The Government will cut the amount contributed to your wages to 70% up to a cap of £2,190. This means that your employer must contribute 10% of wages plus national insurance and pension contributions.

October
The government will cut the amount it contributes towards your wages to 60% up to a cap of £1,875.

November
On November 1st the job retention scheme will close and the government has indicated that it will not reopen it, even if there is a second wave of the coronavirus and lockdown measures are reintroduced.