Staff of the hotel is demanding a living wage and an end to zero hours contract. RMT is balloting for strike on Christmas and New Years due to the Adelphi’s blank refusal to negotiate.

RMT issued formal notice of the ballot, which closes on December 15, after the company flatly refused to negotiate a fair pay rise and an end to zero-hours contracts – and instead lopped 20 per cent off room-cleaning times. The union has been demonstrating at The Adelphi during last days.

Solidarity Federation members in Liverpool have been supporting that demonstration and the campaign. As part of the SolFed campaign “Time to clean our sector” focused on housekeepers and room attendants working conditions, members of SolFed Liverpool have been leafleting the hotel. The leaflet includes information about our demands for the companies of the sector.

The Adelphi is part of Britannia, a hotel group with 51 hotels across the country. The Adelphi profits have up by a huge 40% and Britannia’s owners are handing themselves a dividend of £35 million. Meanwhile the working conditions are going from bad to worst. Rock-bottom wages, no sick pay scheme, zero hours contracts, workers banned to use the hotel car park… Also, the company is trying to reduce back-of-house staff and by 20% the time allowed to clean rooms. 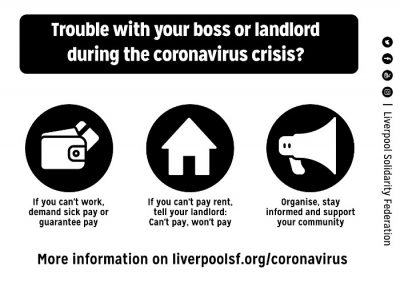